We want you to be quite certain, brothers, about those who have fallen asleep, to make sure that you do not grieve for them, as others do who have no hope.

This morning as I was shooting photos at Hughlett’s Point, my sister-in-law called me to give me some bad news.  My young cousin, Troy Washington, died late last night.  This news hurt me.  Troy was only a couple of months from graduating from King & Queen Central High School.  He took college courses at Rappahannock Community College and was preparing to go the University of Virginia.  His talents on the football field and basketball court were almost as good as his academic record.  Troy was a devout Christian young man attending First Baptist Church of Hockley.  He knew how to hang with his peers, respect his elders, stay away from trouble, and make the most of the opportunities that came his way.

Immediately, I wanted to grieve about his life being cut short.  He had so much to live for.  Education, career, most likely marriage and family.  His parents shouldn’t have to bury a son.  His brother shouldn’t have to attend his only sibling’s funeral before his commencement from high school.  I couldn’t wait to see him when I visited my in-laws in Charlottesville.  I didn’t get a chance to congratulate and tell him how proud I am of him.  So, despite what was in the text, I really wanted to grieve about this. 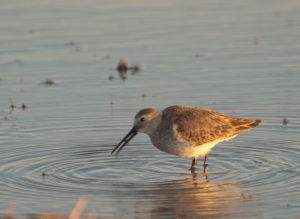 But, then I thought about it.  Those who have died in Christ will arise first, and only after that shall we who remain alive be taken up in the clouds together with them.  I considered myself waiting in line to get in to a great resaurant.  There are people standing there before me and some behind me and all of us have been waiting for a long time to get in.  An usher from the restaurant comes out and walks by those ahead of me, myself, and most behind me and speaks to someone who hasn’t been in line as long as most of us.  “Sir, the owner of the restaurant has a table prepared for you now.  You don’t have to wait in this line.  Follow me, come inside, and be seated.”  Here it is, members of our family have been striving for heaven for years.  We are in our 40’s and 50’s up to our 70’s and 80’s.  And God sent and angel to a teen-ager to go ahead of us.  Troy made it to the great feast of our Lord and Savior before we did.  The rest of us have waited for a long time and God gave him the break instead of us.   Grief for a life cut short?  No, I feel glad for him.  I feel a touch of envy for him.  Instead of crying aloud in sorrow, I want to tell him, “Troy, save me a seat!  Put in a good word for me!  Look out for your cousin, boy!”

Many times I have heard preachers and others say these words at a funeral, “He has been called from labor to rest.”  Ninety, eighty, and seventy year old saints have labored long in the world.  Sixty, fifty, and forty-year old believers may have lived  abundant, spirit filled lives.  Troy wasn’t even 20.  Labor?  I don’t think he had anything more than a summer job if he had that.  He never worked at the mill in West Point as did three generations of his family.  His only labor was pursuing knowledge, playing games, striving for excellence in his activities, loving people and the Lord.  And is there a labor more important than this?  No.  Troy did the labor of a child and did it well.  Unless we make ourselves like children, we cannot enter the Kingdom of God.  Troy didn’t have to make himself one.  He was one.  He was without the adult angers, anxieties, pains, stresses, and strains.  In his life, Troy showed us what good labor as a child was all about.  How can I grieve when God used his death to teach us a great lesson of life.

I do grieve because I miss him.  I didn’t see Troy often.  But when I did, I always smiled knowing that he was doing something positive.  Troy was a kid we could brag about.  And because we believe in eternal life, I can still brag about Troy.  He won’t have a cap and gown.  But he has a white robe and golden crown.  He has already moved into the Pearly Gated community.  His mansion is of a building not made by man’s hands but founded on the Word of the Lord.  I don’t have to hope and pray Troy makes something good of his life because he has made it into the life eternal.

Good-bye my dear young cousin.  You got a break ahead of me.  You can rest from your labor.  Save me a seat.  I will also be ushered in one day.