Let’s get this clear.  I believe as the Church fathers and the scriptures teach that homosexuality is a sin.  It is no more vile than any other sin, including fornication which no one bats an eye at these days.  Marriage is the sacramental union ordained by God between one man and one woman as described in the Adam and Eve story.  This sacred union imitates that of Jesus Christ with his bride, the Church. Technically, it is to be performed in the Church.  Both the man and woman are to be devout Christians and active in the Church.  The members of the congregation and the families are to provide whatever food, decorations, and whatever else is needed for the reception.  Thus, a wedding, when taken as a holy sacrament is not a business opportunity for florist, caterers, and photographers.  It is far deeper than a mere social event for family and friends.  And while it may be good for the state to record who lives together as a married couple, it is more than a legal contract.  A Christian wedding ceremony and reception is a celebration within the body of Christ.  With this in mind, I think the gay marriage movement may not be the worst thing in the world for Christianity.  In fact, it may be a blessing in disguise. 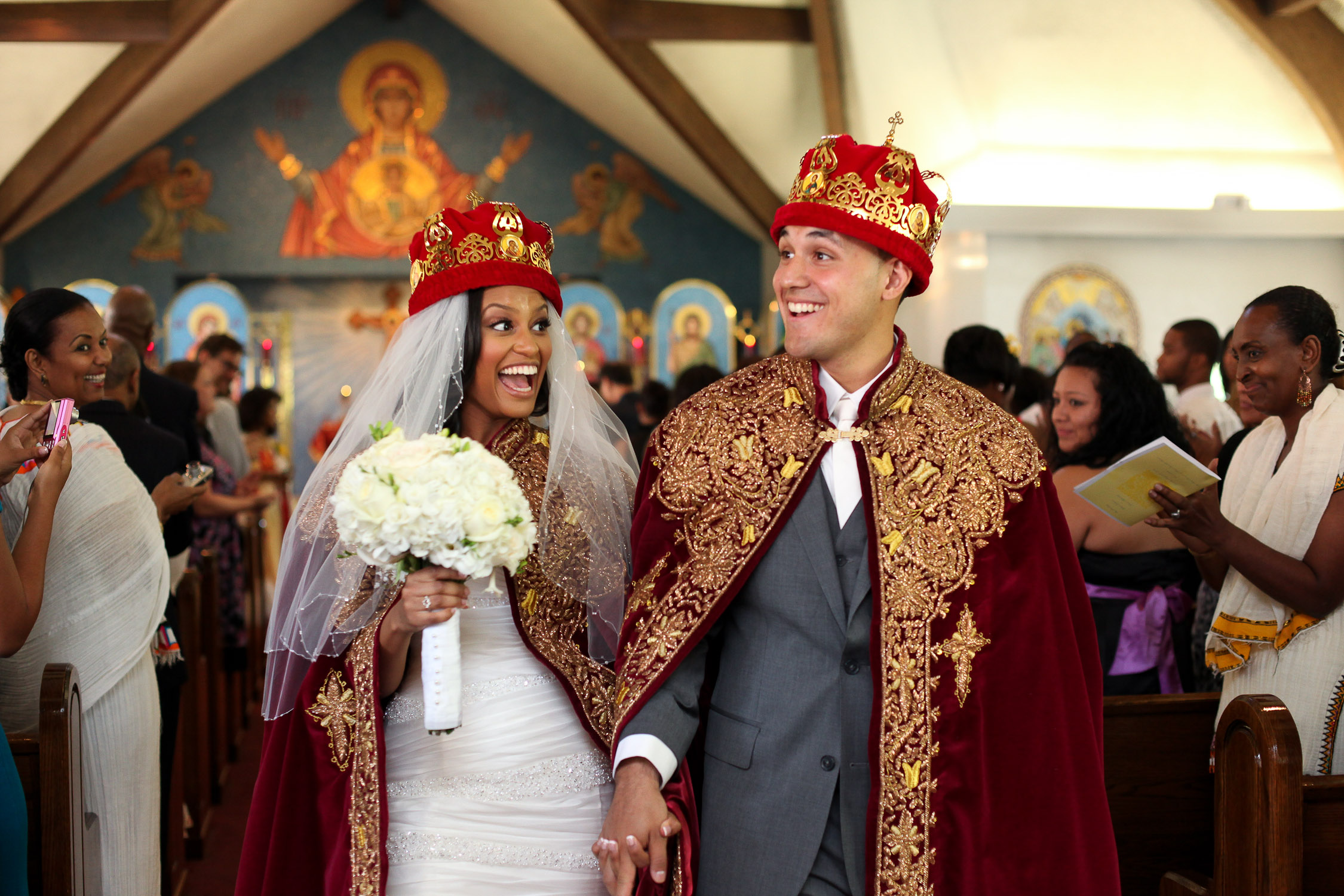 Bring back the crowns and what they mean.

As a result of modernism and money, Christians (even too many Orthodox) have relaxed their views and standards of marriage.  A sacrament that was once done in the church is now performed in mountain lodges, back yards, beaches, bowling alleys, or wherever the couple think the “mood” is right.  This act of holiness once done by pastors and higher clerics is done by local magistrates and anyone with a “certificate” including Elvis impersonators.  The event is planned by a professional coordinator working alongside professionals from the photographer to the limo service.  In some cases, the couple doesn’t even have to belong to the church they get married in or know the pastor that will perform the service (let alone agree to have pre-marital counseling) as some churches and clergy rent themselves out to whomever wants to wed.  Thus, heterosexual marriage and weddings have too often become mere productions and social gatherings celebrating love and a legal contract rather than the holy sacrament that Jesus and Paul held in honor.  Homosexuals have every right to demand that they can demand to have such celebrations as we heterosexuals do.  Rather than to try to pass laws against the inevitable, I believe we Christians should respond in a better way.

Pastors and congregations need to re-teach the sacramental nature of marriage and the communal nature of the Wedding  celebration within the body of Christ.  There is no point in a straight engaged couple shouting against a gay engaged or married couple when they are having sex before marriage and not repenting of it and confessing it before God.  The homosexuals are not in your bed, you and your future spouse are and you shouldn’t be yet.  Get the log out of your eye before worrying about the specks in someone else’s.  Pastors and other clergy need to put the holiness of the sacrament before the dollar signs. If the prospective couple are not members of some other congregation, they should either become members of yours, or have their pastor marry them.  You bear the responsibility for proclaiming salvation through the Gospel and taking care of people’s spiritual needs.  Blindly performing a ceremony without directing  the future bride and groom to some sort of spiritual accountability and preparation is dereliction of duty.  Friends, family, and brothers and sisters in Christ; you love this couple and you trust their taste buds and stomachs to strangers?  Really?  And does God concerned that the images of your special day was done with 60 megapixels?  Uncle Bob may have put part of his thumb over the lens of his smart phone.  But, he is the uncle that showed you how to make that soft ball pitch and knew how to solve that Algebra equation that you struggled with.  There are horror stories of Christian businesses being forced out of lucrative wedding gigs because some gay or lesbian couple is suing them for not providing services for their wedding.  But, is holy matrimony to be a celebration of divine love, or a pursuit of lucre and profit?

In the presence of God and these witnesses

No, I don’t support homosexual marriage at all.  It is a shame that good Christian business people have to choose between their faith and their bottom lines.  But, the blessing in disguise is that we Christians can take a hard look at ourselves and bring back our marriages and weddings to what they are supposed to be.