I don’t know if Mr. Rollins would say that he qualifies for, or (like John Coltrane) ever desired to become a saint. Sonny Rollins is one of the premiere jazz artist in the world who is known for the distinctively powerful sound coming from his saxophone. As I watched the “Jazz” documentary series by Ken Burns, I found a compelling pattern of wisdom that mimics that of the Desert Fathers of ancient Christianity and that many a modern-day preacher would do well to practice.

Early in his career, Sonny emulated some of the great jazz artist of his time such as Coleman Hawkins, Lester Young, and the highly influential Charlie Parker. He made the tragic mistake of many young aspirants of seeking greater creativity through a heroin needle. But, unlike so many others who succumbed to the drug, Rollins overcame his addiction. He left the New York City music scene with all of its trappings and temptations and became a lowly day laborer. During this period of cleansing, he developed a desire to be the best artist he possibly could by being disciplined to his craft. When he came back to the clubs and recording studios, Sonny became one of the most formidable musicians on any instrument. One of the most acclaimed jazz albums, “Saxophone Colossus,” came after he made his return. 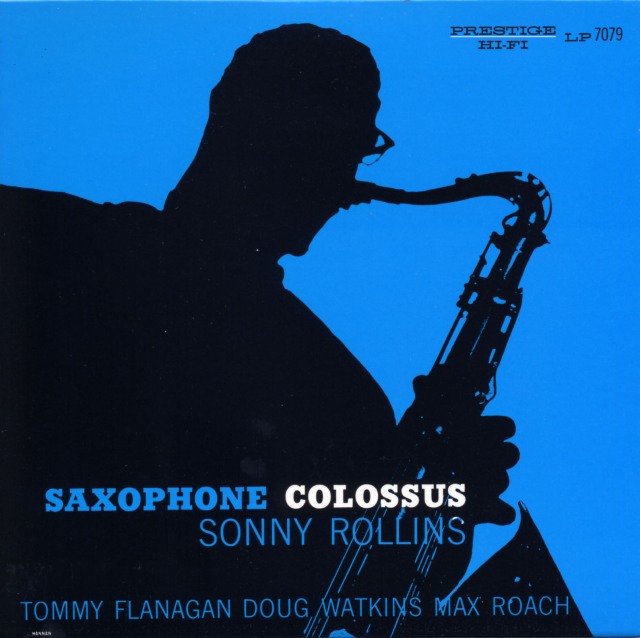 Sonny carefully chose who to associate with not only to stay clean, but to challenge his skills as well. John Coltrane, who also overcame a heroin addiction, was one such colleague. Legend has it that ‘Trane would call Sonny and play a riff or two from is sax into the phone and hang up. Sonny would call back and play something he had either been working on or from the top of his head and hang up. In Proverbs, it is written that as iron sharpens iron does a man sharpen another man. It is little wonder that no chronicle of great jazz musicians can be complete without these two men.

Sonny was true to his craft as a performer. He prefered to play in front of an audience rather than to make records in a studio. When performing, he refused to play uninspired. Jazz critics noted that Rollins would play the same lines over and over again as he felt it was the right thing to play rather than give the people what they wanted to hear when he didn’t feel like it. “Fake it ’till you make it,” was not a philosophy for this musician. 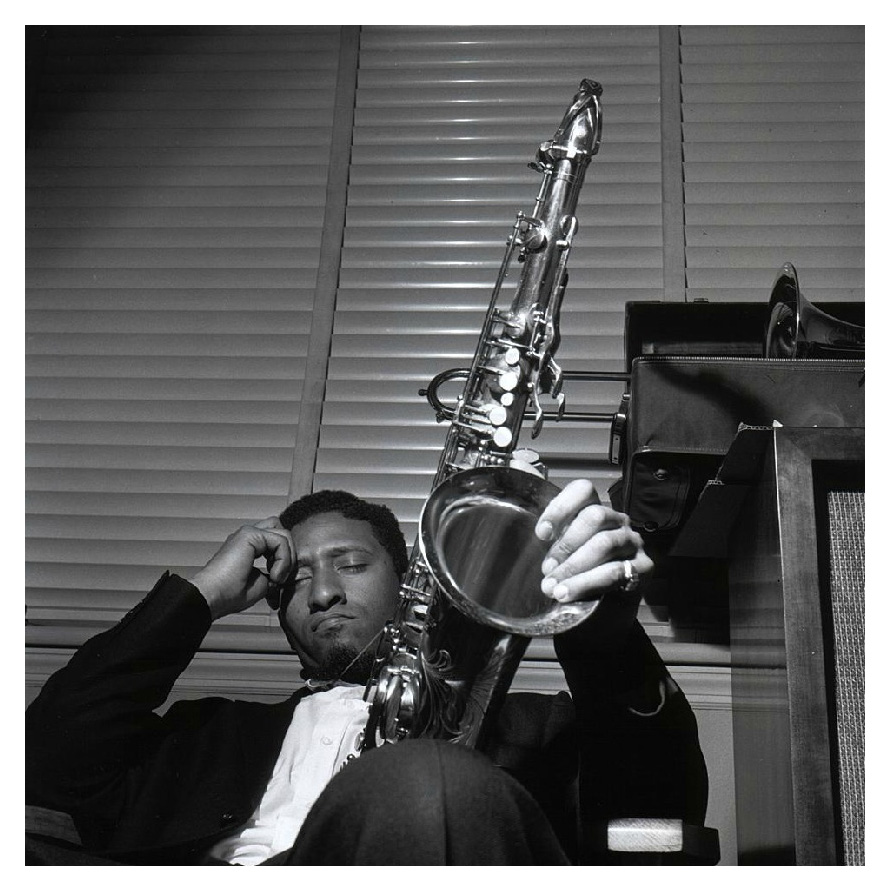 Sonny’s devotion and honesty in his craft was so extreme that he would abruptly stop performing for years. Legend has it that he would spend his time on the Brooklyn Bridge and other lonely places playing his sax. Perhaps this was to find inspiration and new ideas. Or, maybe he simply grew weary of concerts and recording contracts. But, when Rollins returned to the music scene, he did so with more brilliant and unique sounds.

So, what does this have to do with modern preaching and pastoral ministry? I think a lot. First of all, that ministers of today (Orthodox, Catholic, and Protestant) need to take the time to humble themselves to eliminate addictions. Many of us are junkies on food, TV, lust, greed, pride, and even a few on drugs and alcohol. For us to approach altars and pulpits without doing the work to, at least, control our passions is spiritual malpractice. Playing off issues with excuses (“God is not through with me yet”) without making real effort to cleanse the soul doesn’t fool anyone for long. People see through the facades and either deem the ministry as a den of hypocrisy, or make excuses for their sinful ways as well as they praise the Lord. St. Moses the Black struggled against his passions for well over 10 years as did St. Mary of Egypt. There are some bad and evil habits that are hard to break. But, ministers of the gospel are called to strive to break them. Putting our personal business in the street is not a good idea. Neither is merely plastering over our faults with catch phrases. We must work with God to repair where we are broken, even if it means leaving our altars and pulpits for a while.

We should be careful of the company we keep. I heard one preacher refer to a young lady who said, “I count my fingers and I count my friends. If I have more friends and fingers, I count my friends again.” St. Arsenius was one of the most strict ascetics who refused to be disturbed from his solitude, in particular by the opposite sex. monastics in general kept a distance from being popular and preferred a circle of the Abbott (or Abbess) and a couple of co-laborers. We likewise should have people around us that we can learn from and with and keep our inner circle of friends limited to a handful that can help us grow spiritually. Celebrity chasing should also be avoided that we don’t fall into the trap of seeking fame and fortune. Arsenius prayed that God would cause him to forget the visit of a noblewoman. Moses deceived a wealthy official that wanted to lavish him with gifts. Our goal as ministers is not to obtain the trappings of material success. While an ox should not be muzzled as it is treading out the grain, that is no excuse for us to be pigs. Our goal is to proclaim the gospel by what we preach, teach, and (most importantly) how we live.

We must be true to our congregations. In my years of preaching ministry, I have heard preachers “fake it ’till they make it” by using catch phrases (“when prayers go up, blessings come down”), popular songs, and “whooping” for the sake of getting a response from worshipers. In every seminary or minister’s conference, we are encouraged to develop our own voices. The fact is that well all fall into the trap of mimicking someone else because that is what people like to hear (I was more into Gardner C. Taylor). Some preachers have a style that people come to hear Sunday after Sunday and they preach the thing the same way even though they know God wants them to say something else differently. Fr. Seraphim Rose (who was heavily influenced by Egyptian and Russian monastics) was notorious for speaking little and speaking what came from God and 2,000 years of Christian wisdom and truth. I heard from a wise preacher that we are to preach to an audience of One. When we fail to address that One, we run the risk of forgetting who is One. We must preach only what we are called to and as much or as little as necessary.

I heard Dr. William Curtis of the Hampton Minister’s Conference say that sometimes we need to leave ministry for a while and come back refreshed. Perhaps one of the reasons why good preachers go bad is that they didn’t have the courage to leave the pulpit. Because they want to keep pleasing their congregations and maintain their positions, they find themselves confused and frustrated. Such a man (or woman) of God is likely to fall into false doctrines, self medicate with substances, seek sexual pleasures outside of marriage, or even commit suicide. To leave the preaching ministry, especially if one earns a pastoral salary, is a major risk. But, if one is to preach, “Man does not live by bread alone, but by every word that comes from the mouth of God,” one may be called to put up or shut up. The one who is wise enough to shut him (or her) self up will be blessed. St. Macarius had an opportunity to enjoy great adoration from a nearby village that was about to repent to him after falsely accusing him of fathering a child. Rather than stay and accept their repentance and praises, he went deeper into the desert. St. Thais as well left her monastery after a highly regarded monk declared her to be the holiest among her sisters. Nothing more was written about Thais. The writings of Macarius are highly regarded throughout the Orthodox world and not unknown to Catholics and traditional Anglicans. Both are honored as examples of those who put their pursuit of God above the praises of man. No position nor amount of popularity must be allowed to take precedence over this pursuit.

In the documentary, Sonny Rollins is quoted, “We must always strive to be the best.” The pattern of this “saxophone Colossus” toward greatness is in line with the scriptures and saints. May we of the priesthood of believers, in particular those of the ordained clergy, do likewise.