My church looks more like an Erector Set with icons.  Our  choir director, Chuck Simerick doubles as the lead contractor leading the Saturday building sessions and weeknight work.  It is amazing to see how we have gutted the place and put up these metal studs.  After a while, there will be some drywall up as well.  We have all been busy giving our hands in labor.  This certainly is not an overnight process.  In fact, we won’t be finished for a few months still.  But, nothing worthwhile takes place in an instant.  Try to microwave a 4 lb. Boston Butt and smoke another for an hour per pound at 250 degrees and see which one is edible. 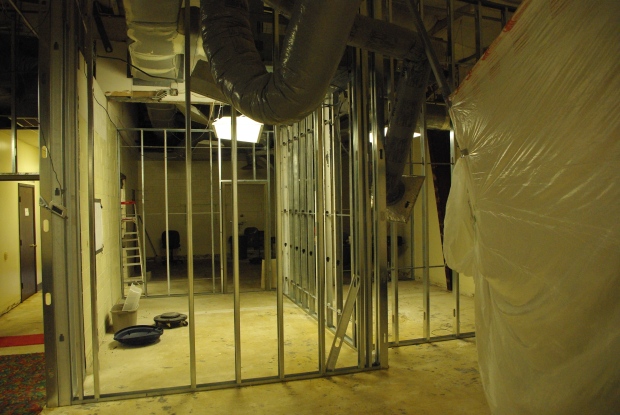 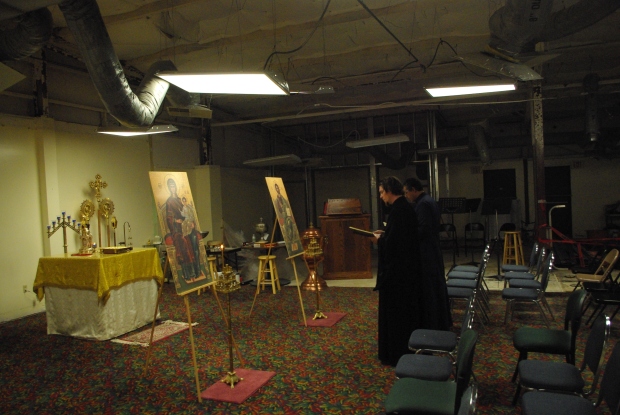 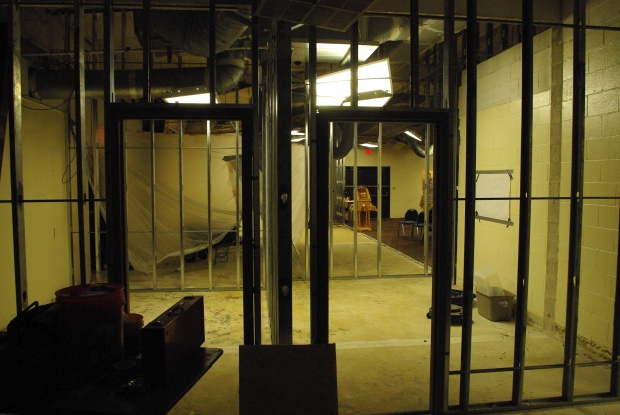 In speaking of new structures, the Virginia Chapter of the Brotherhood of St Moses the Black will hold its First Symposium on Saturday, September 4th at 4 pm!  I am excited that my church will be hosting the event in spite of our work.  In fact, I think it is symbolic that this movement to introduce the ancient faith to African-Americans, which is a work in progress, is having its first event in a work in progress.  I am also excited that Sub Deacon Paul Abernathy of FOCUS Pittsburgh and the St. Moses Mission will be the guest speaker.  This brother is articulate, inspiring, and filled with the grace of God!  Don’t take my word for it.  Check out the speech given a couple of years back.  Better still, meet with us at Hampton for the symposium! 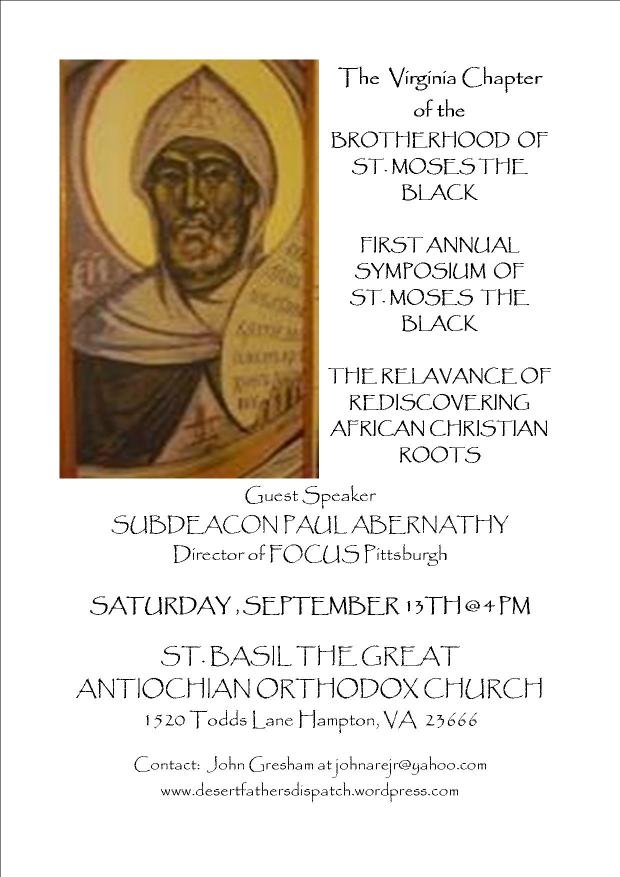 Meeting Bishop Thomas last year, he said he’d be interested in an informal meeting with my (then) congregation and others in my area.  I am still very interested in forming this structure; a bridge of dialogue between the African-American Baptist and the Orthodox Church.  A Pentecostal Apostle and and Orthodox Archpriest in New York have done that with two East-West Meet & Greet sessions.  Perhaps in October, I can bring this idea up again.  We will see if God is willing. Yet, as their is a need for some new structures, I am glad to experience something that is (and should be) without change.  I remember on first Sunday mornings how my grandfather prepared the communion.  Deacon Joseph (“Daddy Joe”) didn’t say much when he did it.  It seemed that he had his mind fixed on the task at hand.  He cut the crust off of a few slices of bread and cut them in what seemed to be perfectly measured little squares.  Daddy Joe had a glass bottle with some sort of bulb and tube thing on it where when he squeezed the bulb, the perfect amount of grape juice came out into each cup.  Though a symbol of the body and blood to the Baptist, he prepared the Lord’s Supper with reverence. 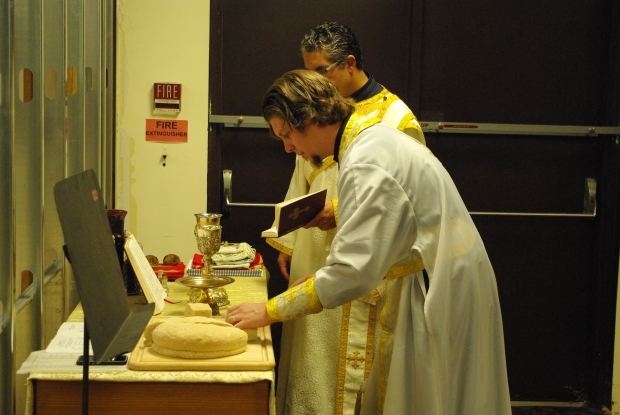 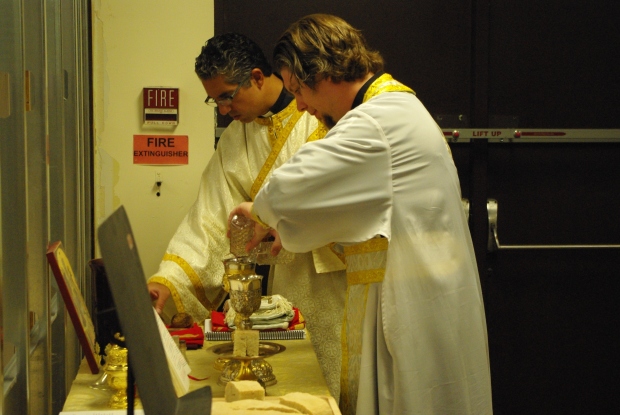 With no iconostasis blocking my view, I got a chance to watch Fr. James prepare the Eucharist.  It was as if the spirit of my grandfather was right there as Fr. carefully prayed the prescribed prayers in preparing the body and blood of our Lord.  The bread came from the oven of one of our members and was broken with the name of each one of us in mind and a few for any visiting Orthodox guest.  The wine and water mixed appropriately as prayers were constantly offered as part of the process.   Bishops and priest have been preparing the Lord’s Supper in the same spirit of reverence since the days of the Apostles. 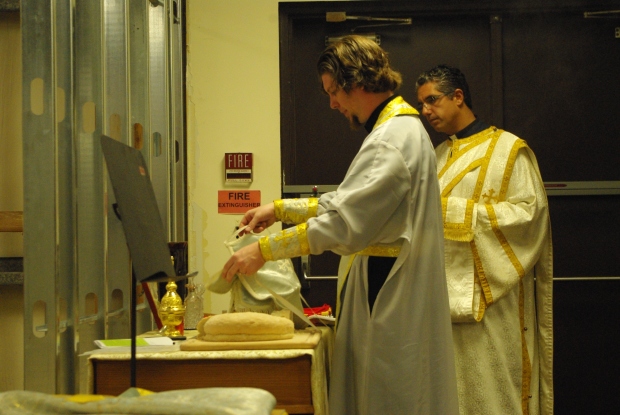 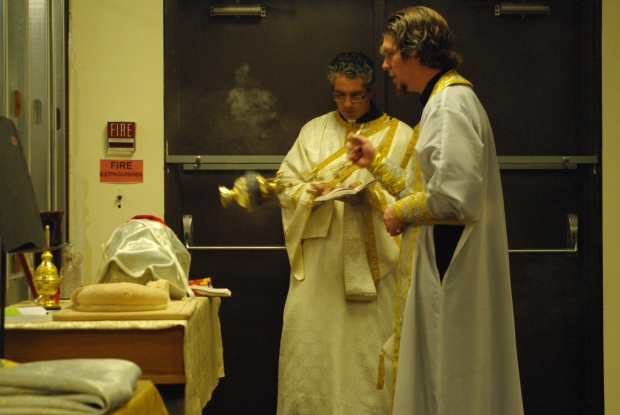 There is no Eucharist, Communion, or Lord’s Supper without reverence from the one who prepares and the one who receives.  It is better not to take it at all than to take the literal (or even symbolic) body and blood of Christ with an attitude of spiritual complacency.  These are holy gifts which should not be taken lightly.  That we are able to serve (ordained clergy) and receive them is of the great grace of God.  When we cheapen them by having the wrong frame of mind; we cheapen grace, ourselves, salvation, and God.  May this not be so with us.  Please, be in prayer before, during, and after partaking of this meal.  As we say in our Divine Liturgy, “The Holy Things Are For The Holy.” 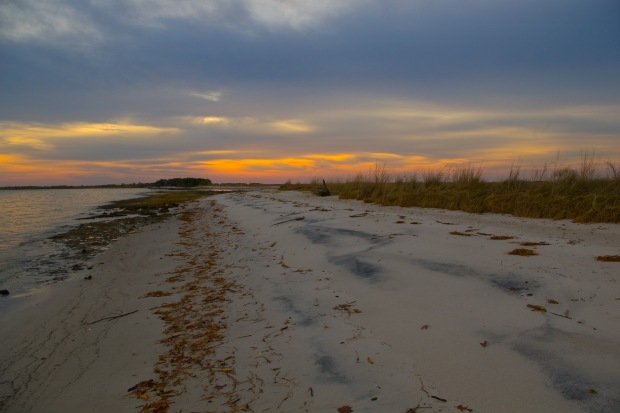 I remember when Matthew Shepherd, a gay man, was brutally beaten and left to die.  I thought that sooner or later some armed homosexual or sympathizer would take up arms against a Christian church, or other organization of the faith for our silence on (and in some cases acceptance of) gay bashing.  Well, it has happened.  Thank God that the security guards at the Family Research Council did their job effectively to prevent a tragic loss of life.  No, I should say, “another tragic loss of life.”  The murder of Sikh worshipers by an ultra-conservative gunman happened two weeks ago.

I cannot help but to wonder if either of these men had a well-developed life of prayer before they decided to pick up arms.  I am willing to bet that they didn’t.  Attempting to shoot unarmed Christians and shooting unarmed Sikh mistaking them for Muslims (who most likely would have been unarmed) is no a sign of someone who makes the serious effort to be more like God.  No, this is the end result of those who believe in their ideology more than the crucified and risen Savior.  A true prayer life requires one to be repentant to an reliant on God throughout the day.  These characteristics call on us to be humble and consider our own faults before becoming angry in our disagreements with others.  With a focus on seeking Godliness, we see that our real enemies are not people who can only harm the flesh.  Our true adversaries are our passions of lust, greed, gluttony, envy, arrogance, and the like.  Even if we were to succeed in overcoming our earthly opponents, without victory over the spiritual enemies we have achieved nothing for our souls.

The problem is not gun ownership nor having a political point of view.  Fingernail files can be used as weapons.  Left and Right are the two sides of the same cheap coin of human rule and both are needed for the coin to have value.  The problem of American society is that we are not truly prayerful.  When we pray, it us usually for God to do something for us or support our point of view.  Instead of being repentant, we point the finger at the sins of others to comfort us as not being as bad as they are.  Instead of reliance on God, we commit ourselves to human reliance to boast of what we have earned or beg for what we deserve.  Humility cannot be born of such characteristics.  These are the planting beds for the very ills which we should seek to overcome.  Combine this sort of prayer with divisive politics and we have an atmosphere for fearful and mistrusting attitudes.  These attitudes are then manipulated by marketing puppet masters and talking heads.  Those who focus left or right rather than inward and above become further rooted in toxicity.  At best, the toxicity is quieted by some sense of basic civility.  At worst, there is a breaking news story at 6 pm.

I urge you to fight the real enemy!  Heterosexual lust is far more damaging to marriage and male-female relationships than homosexual marriage will ever be.  Arrogance kills more Americans than Muslims, Sikh, Jews, and all other non-Christians combined.  We probably are more likely to be killed by someone who says they are Christian than anyone else.  Greed is the real enemy of the hard-working tax payer.  Gluttony traps even the poor in poverty.  To fight these enemies, we must be on the battlefields of our own hearts, minds, and souls.  Our weapons are prayer, scripture, and action.  Our strategy is to walk humbly with the Lord our God.  We must stop trying to exonerate and excuse ourselves and seek the Holy Spirit with an honest and complete assessment of ourselves so that we can be healed.  Then we will properly be able to assist others in the healing process.

When I was a boy, all we had was reverends.  The AME had one or two bishops.  But, every other preacher was a reverend.  Now everyone wants to be a bishop, apostle, prophet of the fourth quadrant of the western hemisphere.  Climbing the ladder, can’t be reverend no more. 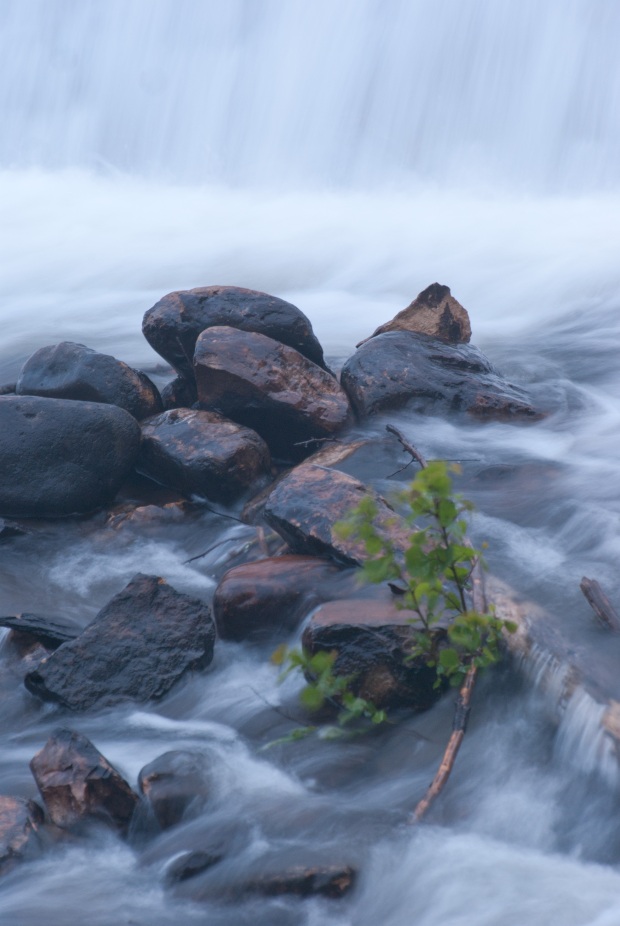 The African-American Baptist church is caught up in a circus of standards.  Too many of our clergy have picked one or two verses of scripture to give themselves new identities among their congregants and colleages.  Our denomination has long rejected the idea of a clergy hierarchy as found among liturgical bodies.  Thus, the only ordained offices among us  are that of Pastor (frequently called reverend) and Deacon.  Our kinsmen in the African Methodist Episcopal denominations and the Church of God in Christ organized it’s heirarchy of bishops and other such leaders with doctrinal requirements of education, years of service, and other standards long established by their national (now worldwide) bodies.  Baptist ministers that wanted to rise in a heirarchy converted to one of the other churches, put their time and effort into God’s service, and (if needed and passed the required examinations) were elevated to such offices.

Thanks to our lack of authority above the local congregation (our state, and national bodies cannot dictate anything to the local church), there is a disturbing trend among Baptist and “non-denominational” churches.  Clergy men and women are bestowing the title “bishop” on themselves and among one another in cliques within the church.  As we don’t have any governance as to who may receive such a title, there are a wide range of bishops from those with legitimate seminary degrees and years of influential service to “jack legs” that have little more than a GED and ministry training from imitating what is shown on TBN or Word Network.  And with the popularity of the “five fold ministry” model (And He Himself gave some to be apostles, some prophets, some evangelist, and some pastors and teachers for the equiping of the saints for the work of ministry, for the edifying of the body of Christ  Ephesians 4:11, 12), there are too many people running around the church calling themselves anything they wish.

It would be easy to say that we need to call our prominent pastors and theologians together and set up standards for ministers who wish to work to such offices.  But, that is impossible with our traditional lack of oversight of local churches.  Maybe our state and national leadership can denounce the usage of such titles.  But, many churches would leave the denomination all together.  Therefore, any slick sounding “bishop” with little or no theological training can teach a false doctrine and have a good number of people believe him over someone with an M. Div because the title is sounds so authoritive.  If a “prophet” has connections to a tele-evangelist, or can host some sort of “holy convocation” in a hotel ballroom, she will hold more influence than the dean of the chapel at the nearby seminary.  Indeed, a popular “Archbishop” can start his own school of religion to teach popular doctrines in defiance of a denominational institution that is dedicated to teaching the truth.

I thank God that there are still some black Baptist pastors who refuse to join the circus of titles.  May we stand firm in the midst of the monkey doo-doo that people are accepting as “the will of God.”