In my opinion, he is a monk who does violence to himself in everything

In the wake of the shootings in the church in Texas, I posed the question on my Facebook page; “What does it say about our society when we need good people with guns to protect ourselves from bad people with guns?”  I got some pretty interesting and compelling discussion from both sides of the gun control argument, statements about how our Christian ancestors were bold enough to be martyrs, the historical precedence of having armed guards in the temples in Constantinople.  Rather than to take a stand one way or the other, I chose to stay on the sidelines and think.

The example of St. Moses quickly came to mind.  Vandals were about to attack his monastery and his followers wanted to take up arms and defend themselves.  The abbot forbade it knowing that he was a violent man before his conversion.  If it was God’s will for him to die by the sword as he once lived by it, so be it.  He and six of his unarmed men welcomed with love those who brought them to martyrdom (2).  Again, I came to this quick answer.  Which also could have drew a quick response as a church has women, children, and the elderly to consider rather than to be among devout monks willing to give such a sacrifice of faith.  The volunteer security guard certainly could not stand by and allow a slaughter of innocent life to happen in a church or anywhere else.  He did what had to be done with deadly efficiency.  Also, the killing of faithful people goes beyond the use of guns as with the incident of the Jews violently cut down by a man with a machete.  The deeper problem isn’t so much the weapon or the place it is used or the people it is used on.  The problem is the form of violence and who it is not used on.

The well-known Macarius the Great came to Zacharias asking him, “What is the work of the monk?”  In the answer given by the old man intrigues me, the monk is one who does violence to himself in everything.  I doubt that he meant such things as self-cutting, or other means of harming his body.  The monk engages in a spiritual violence against his own passions.  He commits himself to constant and ceaseless prayer, reading scripture and holy reading as possible, manual labor, fasting, and other means of watchfulness against his slightest sin.  And when he does fall to a temptation, that he is quick to confess and repent of it to continue a life of virtuous living.  This is the sort of violence the monk inflicts on himself to gain the kingdom of heaven. 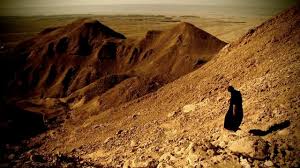 Does the Bible and other fathers support such a concept?  Consider the ascetic life of John the Baptizer and Forerunner of our Lord.  Jesus considers no man born of a woman holier than he and, “from the days of John the Baptist until now, the kingdom of heaven suffers violence, and the violent take it by force (Matthew 11:11, 12).  While there are other interpretations of this scripture, the editors of the Orthodox Study Bible include the opinion of John Chrysostom, the violent who take the kingdom by force are those who have such earnest desire for Christ that they let nothing stand between themselves and faith in Him (3).  Had the instigator in that Texas church been devoted to this sort of violence, if everyone who came to church were committed to such violence, armed and unarmed security would be unnecessary.

Unfortunately, our society has been infected with a different violence to be inflicted on others.  Our history and culture in America celebrates the good guy overcoming the bad guy with fist, guns, and any other weapon needed to get the job done.  If the bad guy has done some particular evil deed, we want overwhelming force used for the sake of vengeance and to set an example for other would be enemies not to do the same or they will face a similar result.  Fortunately, the volunteer armed security provider used only one bullet and did nothing more to the victim who had taken two lives himself.

I believe the greater responsibility is for us believers to be violent against ourselves as individuals.  We cannot all become monastics and even then not all monks and nuns need to live to the extremes of the Desert Fathers and Mothers.  Even some modern holy men and women pushed the envelope beyond most of our means.  Blessed John Maximovich was known for sleeping only a few hours a day in a chair or on the floor at his icon corner (4).

There are steps we can take to inflict suffering on ourselves for the sake of our souls.  Eating smaller and fewer portions of food, drinking less alcohol, cutting out some time spent on engaging in social media and eliminating some time in front of the TV.  Instead of these things, we can spend more time reading the scriptures and other religious books, examine ourselves more closely and repenting of those “little” sins which often lead us to “big” sins.  We can shore up our own rules of prayer where we are weak and be more watchful of our thoughts as well as our words and deeds.  And if it means that we develop some sort of habit that the world calls, “quirky,” but brings us closer to God, if it seems that we are depriving ourselves according to the standards of society because we are focused on entering another kingdom, if others denounce us as extreme in our pursuit of holy living, so be it.  Of course, I recommend that we consult our priest, spiritual father or mother to stay on an even keel. 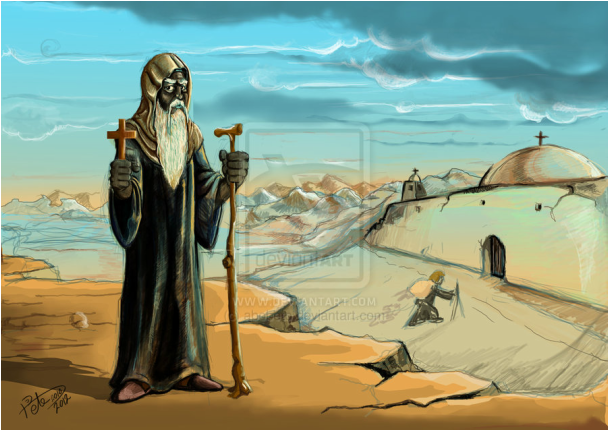 If we all must have armed security at our churches, may they be highly trained and act in all prudence and care as only to use the amount of prevention that is necessary.  My opinion is that we need no weapon in the house of worship other than the cross.  Both sides of the coin have valid arguments.  However, let us all stop making excuses for our sins and go beyond our comfortable behaviors for the sake of becoming one with God.